Tina Aswani Omprakash shares her experience of living Crohn’s disease and participating in a clinical trial. In her early 20s, Tina Aswani Omprakash was a busy, young professional living in New York City. Her life was then derailed and “the rug pulled out from under her” when she began a 10-year journey to find a treatment for her Crohn’s disease. After undergoing 20 surgeries and trying countless medications, Tina enrolled in a clinical trial. Today, Tina’s Crohn’s is in remission, and though she still lives with the emotional and physical scars of her journey, she is a fierce advocate for reducing the stigma around Crohn’s and the need for increased education about clinical trials.

Here is Tina’s story in her own words:

“In 2006 I was diagnosed with ulcerative colitis (UC). However, both my father and his sister (my aunt) had suffered from aggressive Crohn’s disease that turned into colon cancer. As they both died from this condition, I worried that I may also have Crohn’s disease and I persistently searched for a specialist who would confirm my diagnosis. After seeing six or seven specialists and being put through a battery of testing while suffering through numerous flare-ups, I was finally diagnosed with Crohn’s disease.

At the time, I was in my 20s with a busy life working in finance in New York City, and while I was relieved to finally have a diagnosis, unfortunately things got worse. For a number of years, I struggled with medication after medication and underwent 20 surgeries for the Crohn’s disease that resulted in complications including recurrent fistulae, abnormal connections between organs that were both physically and emotionally painful.

When I had run out of medications to try, I was enrolled in a phase III trial. Clinical trials had been proposed early in my journey but I did not take the opportunity due to the same fears that many patients have. Now I was facing the worst possible outcome and weighed my fears against the potential to save my life. I participated in the trial, and within several months, my fistulae had closed and I was in remission for the first time in ten years. I am still on the same medication, and I haven’t had any surgery since.

Today, I am healthy, but I still live with the emotional trauma and the stigma of Crohn’s disease. However, for everything Crohn’s disease took from me, it also gave me something – today I am a patient advocate and speak to individuals struggling with the same physical and emotional issues that I have experienced. I realized my story could really help people.

Life gave me lemons, so why not make lemonade?

The main lessons Tina shares are:

I had no idea of the stigma that would come with Crohn’s disease, or what it would be like to live with a chronic condition. Even in my own family, I experienced hesitation to talk about my condition and to share my experiences. As an advocate now, I see the power of community, and how important it is to connect with others who have the same condition and understand the many obstacles and challenges. I found that this added fuel to my fire. Seeing how people responded, it helped me become a more passionate advocate. I was speaking about things that others have been afraid to speak about – and there is tremendous power in that.

This is often because they are scared and don’t understand the background of the drugs that are being studied. The industry and physicians need to make sure patients feel comfortable with considering clinical trials. Yes, it is scary for patients, but there is a bridge where we can meet each other to make them feel comfortable. Because I participated in a clinical trial, doctors have learned more about this disease. There is a lot of learning that can come from trials as well as a lot of hope.” 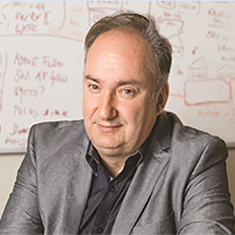 “Tina’s story and the many struggles she went through remind us that there are many patients out there who are waiting for us to push the boundaries of research trying to find new answers to an old disease and its challenges.”

It has been brought to our attention that there has been fraudulent activity by scammers attempting to represent themselves as Parexel employees or recruiters. These individuals are attempting to reach potential job seekers through online chat interviews and sending false offer letters, representing Parexel without our consent. If you’re concerned that you’ve been contacted by an unauthorized Parexel recruiter or employee, please notify Jobs@Parexel.com. You may also report suspicious fraudulent activity to your local law enforcement agency or the FBI. Thank you.